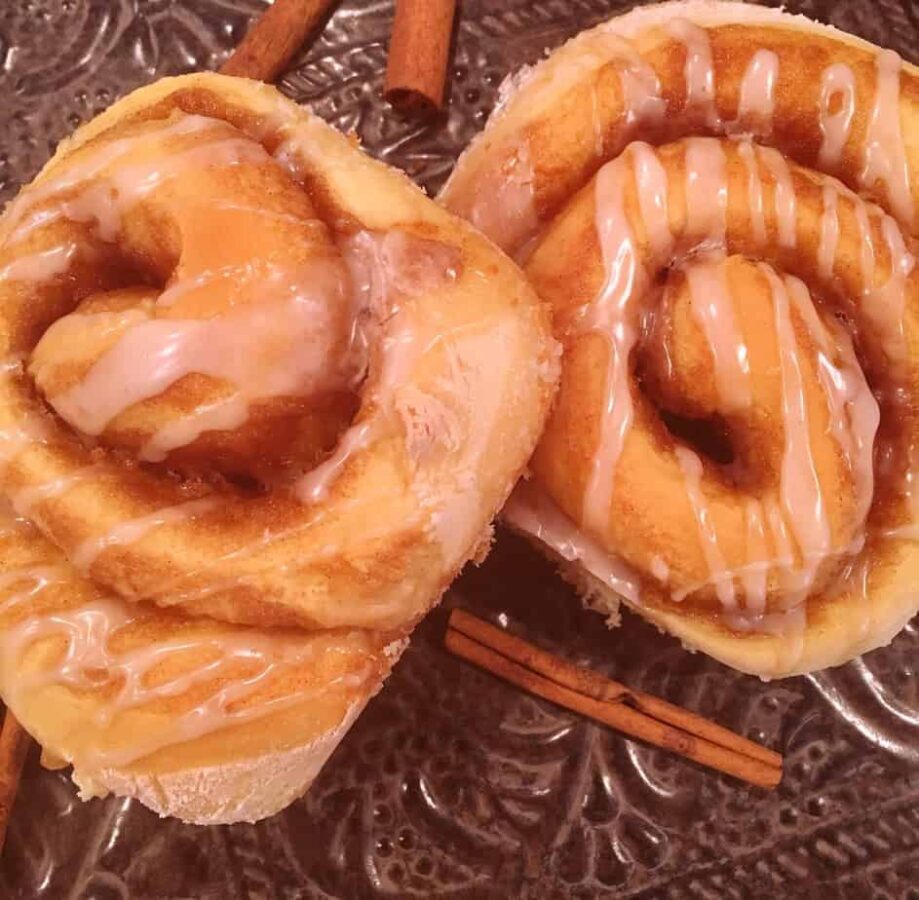 These Cake Mix Cinnamon Rolls are easier to make than your typical homemade cinnamon bun, yet still packed with all the fluffy cinnamon goodness of a traditional yeast cinnamon bun!

If making cinnamon rolls has always intimidated you …you’re in luck! This recipe is the perfect solution. Cake Mix Cinnamon Rolls! (I’m like the carb fairy of baking…sprinkling my magical sugary dust every where I go!)

The dough comes together in about 5 minutes in your mixer! Yes… it has to rise, but face it…that’s basically one episode of your current Netflix obsession. (We won’t discuss how I know this!)

Then you are going to punch the dough down…or as I like to call it…“anger management therapy”…then you roll it out…“controlled anger management”…followed by…you get the picture!

These delightful soft rolls are great for holidays, bake sales, or a church brunch. The recipe makes about 14 BIG cinnamon rolls! All you need is a cake mix and a few other simple ingredients hanging around in your pantry!

The original recipe calls for a LOT of kneading and mixing….I didn’t want to do that! So…I used my dough hook attachment on my KitchenAid Mixer.

Mix on low until well combined. 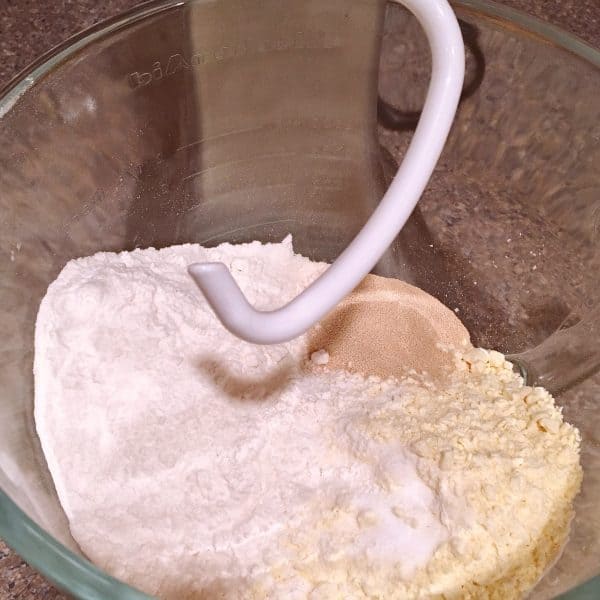 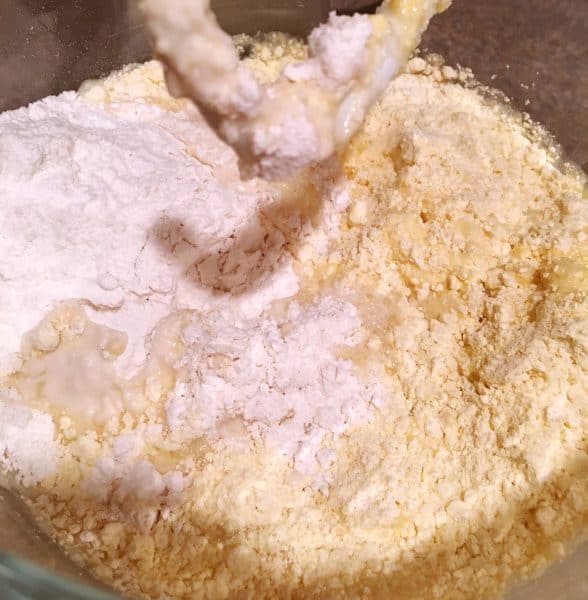 Mix on low until a very sticky wet dough forms. 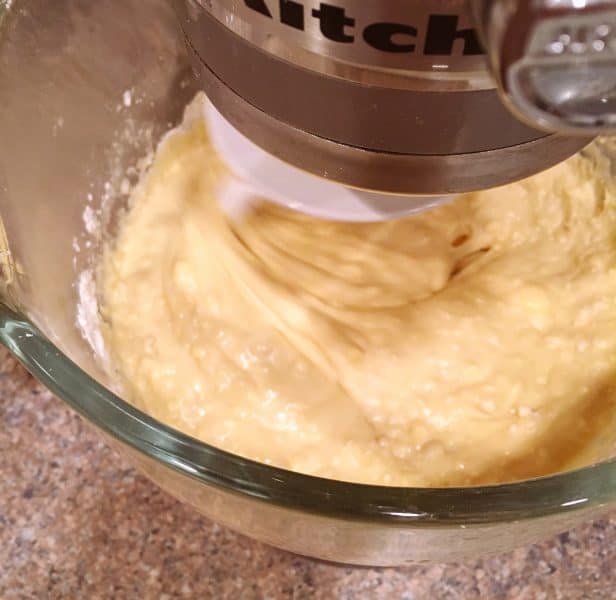 Add an additional 3 cups of flour, one cup at a time, until each cup is incorporated into the dough and the dough begins to pull away from the sides of the bowl and cling to the dough hook. 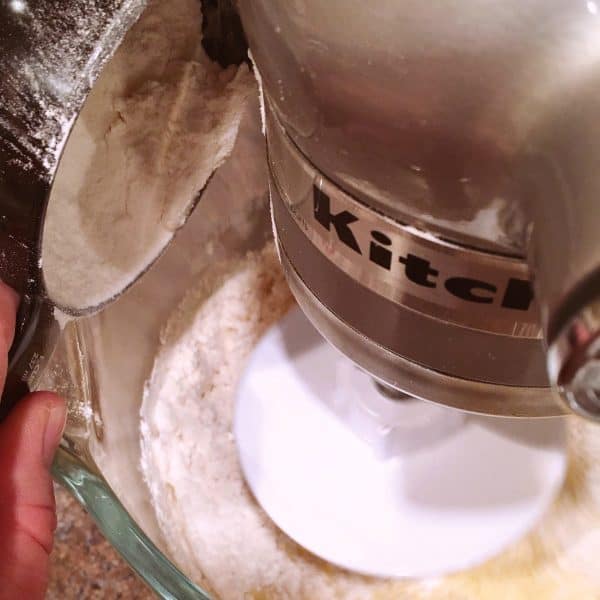 Once the dough is clinging to the dough hook, like a two-year old to your leg when you’re trying to go to the bathroom…remove dough from hook. Place dough on a well floured surface.

If you’ve followed me for any time, you know I have a passionate love affair with my cloth-covered, “dough disc”.  I’m taking it with me into the next life! You can find them on Amazon.

Knead dough 3-5 times until a nice large ball, non-sticky ball forms. You won’t have any issues kneading this dough. It’s ultra soft and easy to work with. Plus the mixer has done the bulk of the work. 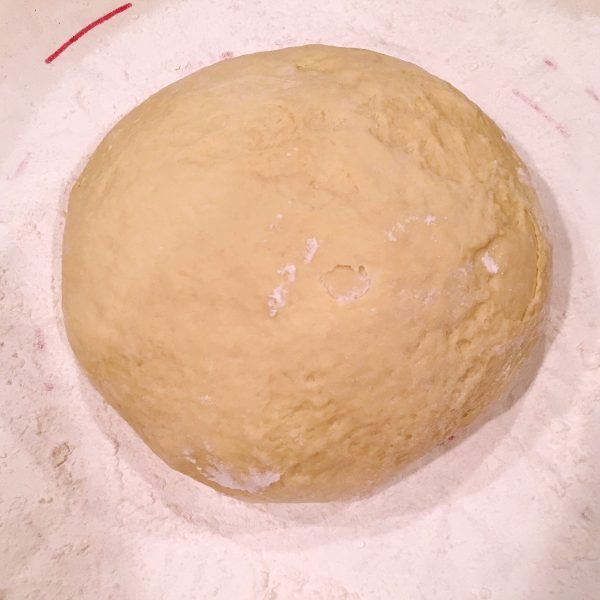 Cover with a light cloth until double in size!

This was eye-opening for me! Friends…I know what’s been happening since I had kids! I go to bed every night…and I pull the covers over me…I’ve been rising for 30 years!!! I just “need” to be punched down! Problem solved! lol 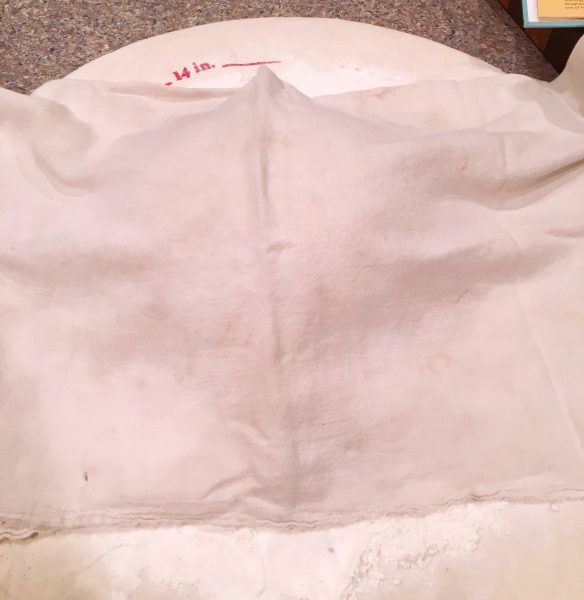 Let me tell you…this dough RISES! They should be called Lazarus rolls! Whoa!!! So impressive. I uncovered this dough and stood there admiring the miracle that had taken place!

Talk about great “Before” and “After” photos! It’s like my very own Lifetime movie! (Let’s hear it for reverse before and after shots…skinny…to “risen”! lol) 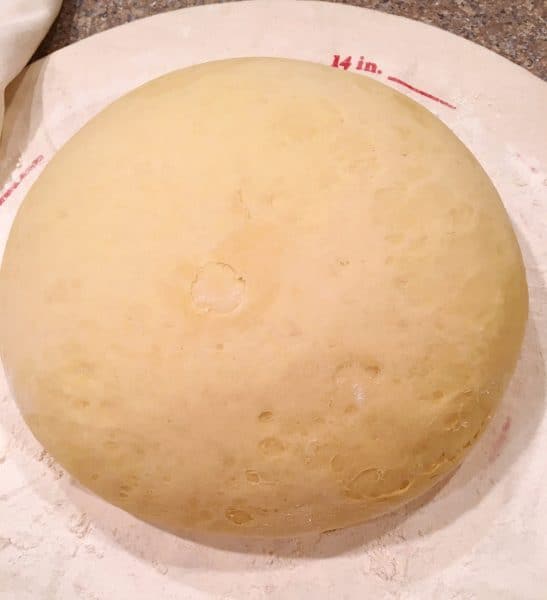 Now the fun part…PUNCH IT DOWN!

DANG!!!! Someone had a little pent-up anger going on when she slugged that dough! 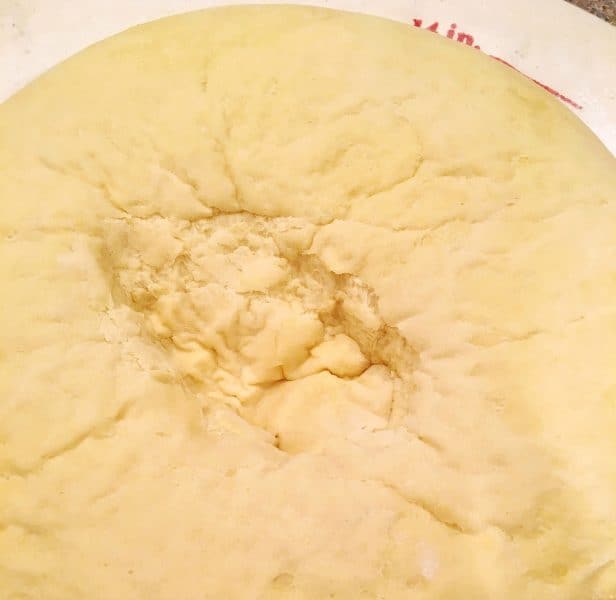 Flip the dough over and sprinkle with a little flour. Roll dough out in a large rectangle, about 1/4 inch thick.

One of the things I love about this dough was that it rolls out beautifully. A lot of yeast dough will pull back, and you have to keep rolling and rolling to get it the size and shape you need it. This one won’t do that. Such a fantastic dough. 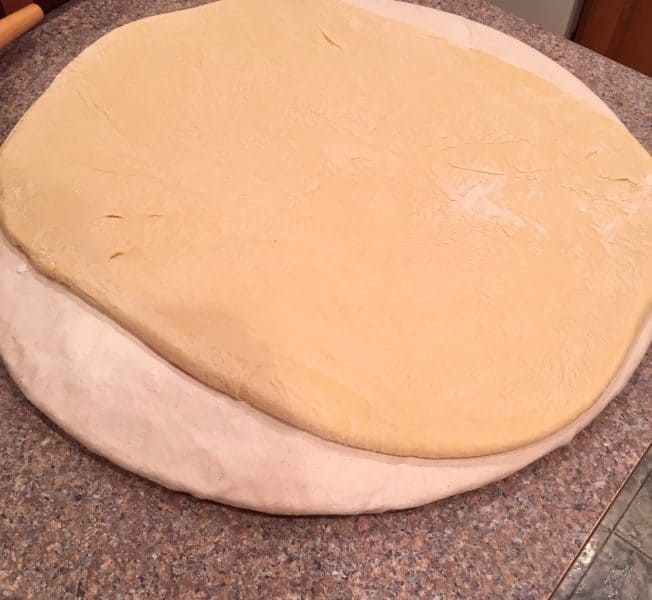 In a small mixing bowl add 6 Tablespoons of Butter, 2 teaspoons of cinnamon, and 1 1/2 cups of brown sugar. Sprinkle on top of the dough.

TIP: I melted mine in the microwave on high for 1 minute or until butter was melted and a thick paste formed. It was just so much easier to spread than trying to mix the butter into the dry ingredients. 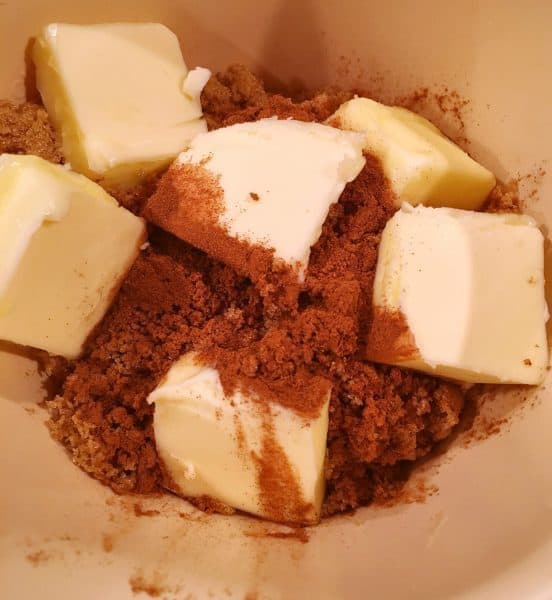 TIP: It doesn’t have to look pretty or be spread out perfectly. When they bake it will all even out. 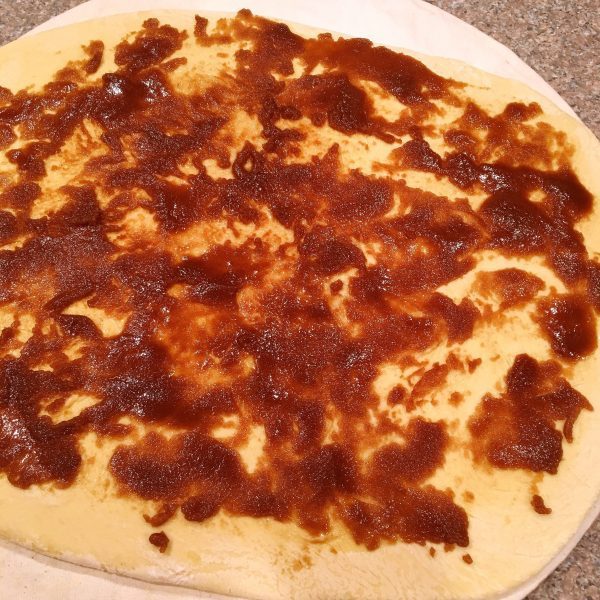 Starting on one long side, roll towards the other side.  It’s gonna be a HUGE roll…Keep rolling! Push your ends in to square it up. This will allow for a nice “end” cinnamon bun off your big dough roll. 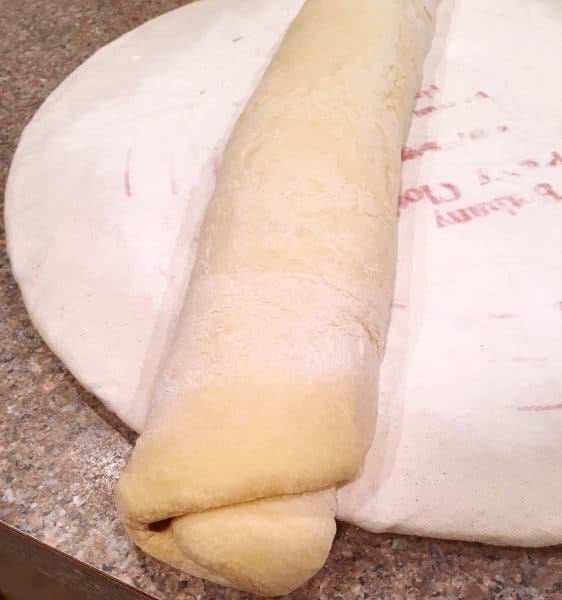 I cut my dough in half so that you could see how perfectly that filling spreads… and how beautiful the “roll” looks. 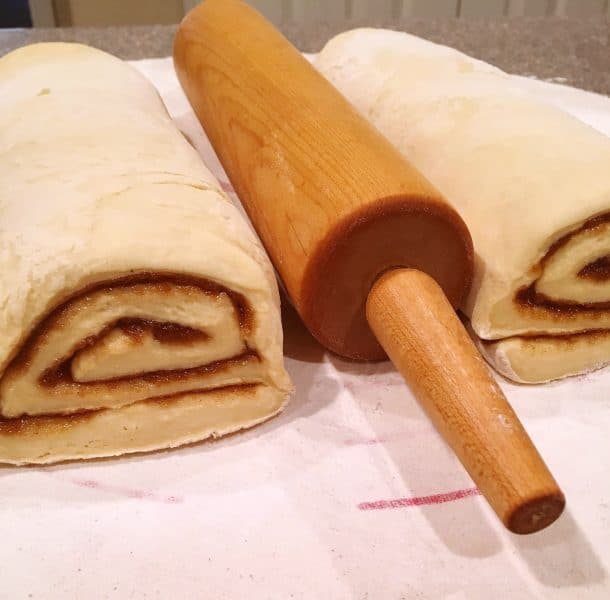 Cut in 1 1/2 inch slices. Place in a greased baking dish. Cover with the cloth and allow to rise until doubled in size. It should take about 30 minutes.

TIP: If you have a gas stove place rolls on top of the stove covered. The warmth from the pilot light will help them rise quicker. (Thank goodness there isn’t a pilot light under my bed!) 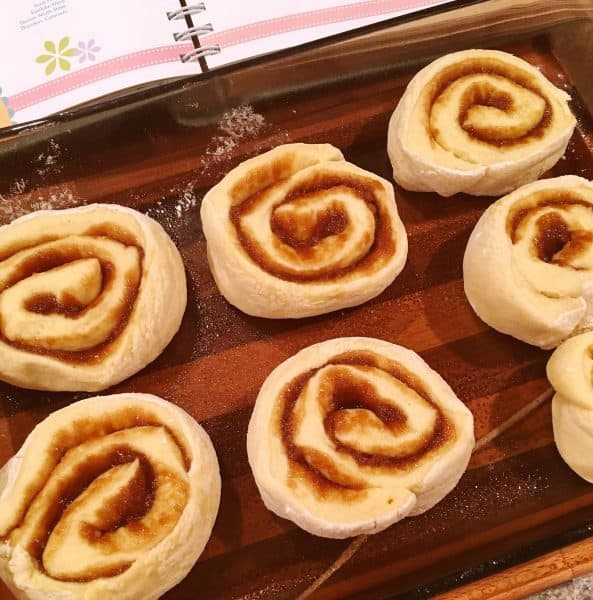 Once the rolls have doubled in size, place in preheated 350° oven for 20 minutes or until tops are lightly golden brown.

(I’m sorry for the “haze” in the photograph…I got flour on the lens of my camera…blogger problems are real! I realize someone younger with better eye sight would have caught this…you’ll see I didn’t!) 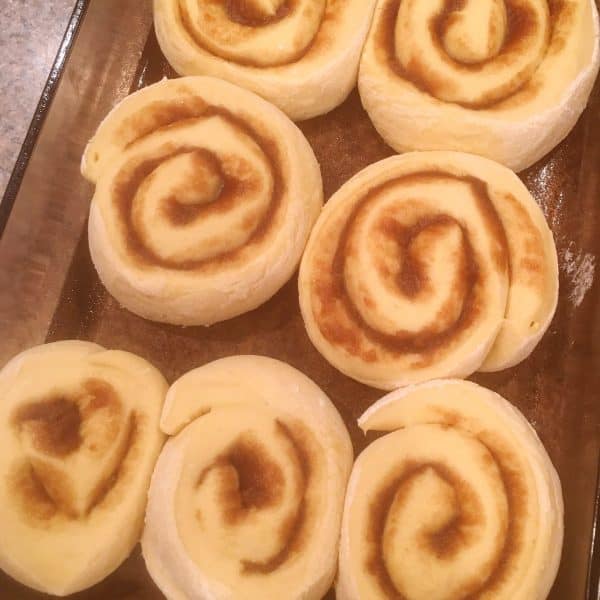 While the rolls are baking…this is the perfect time to mix up the vanilla glaze topping.

In a small bowl add 1 1/3 cups of powdered sugar, 2 Tablespoons milk, and 1/2 teaspoon of vanilla. 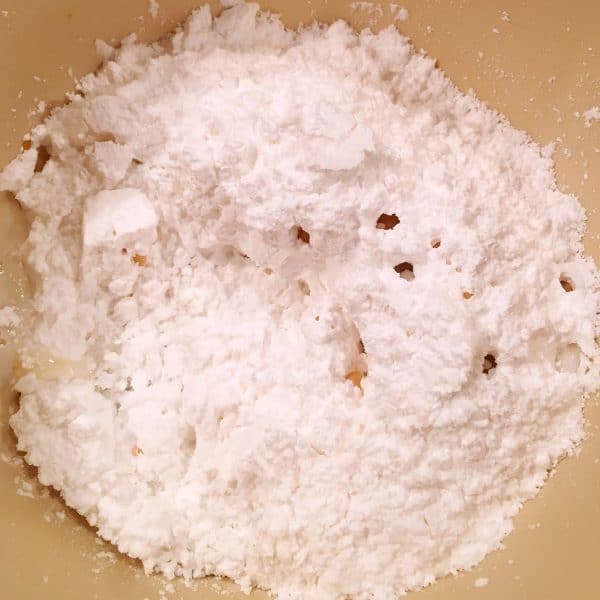 Mix together with wire whisk until smooth and sugar has dissolved. Set aside until Rolls are done baking and have cooled slightly. 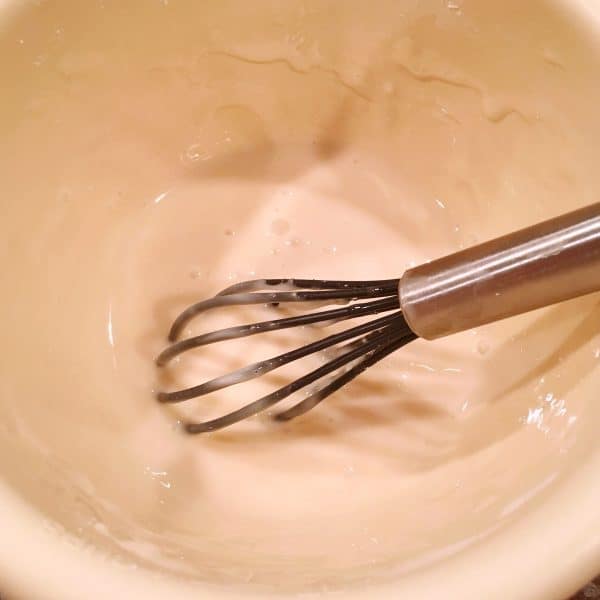 Aren’t they beautiful…haze and all! So big and puffy with loads of caramelized buttery cinnamon filling. I was so excited with how these turned out. 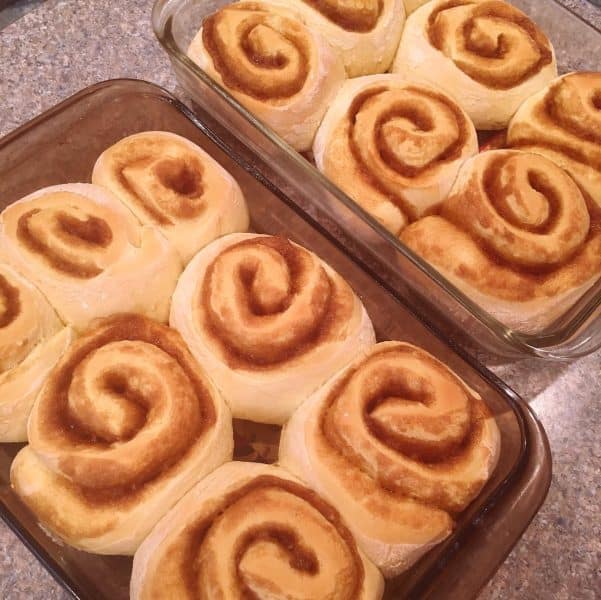 Drizzle tops, using whisk or a spoon, with Vanilla Glaze. Can you see my second pan peeking in the background…who knew cinnamon rolls where photo bombers? 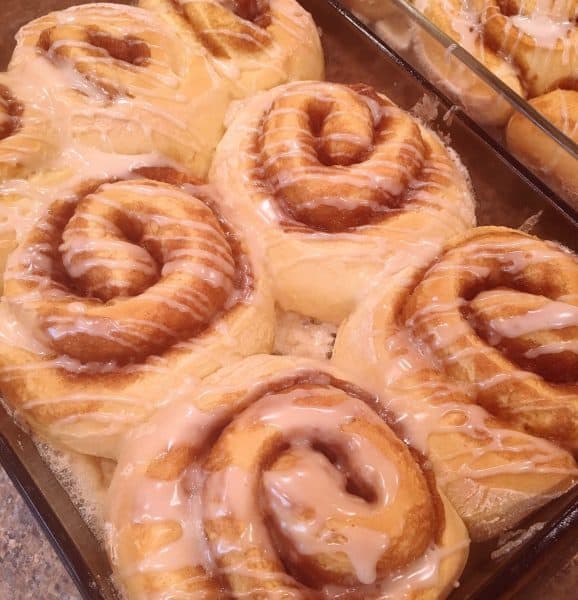 Let’s get up and close and personal with these wonderful easy to make Cake Mix Cinnamon Rolls.

A Few Basic TIPS and IDEAS before we move on… 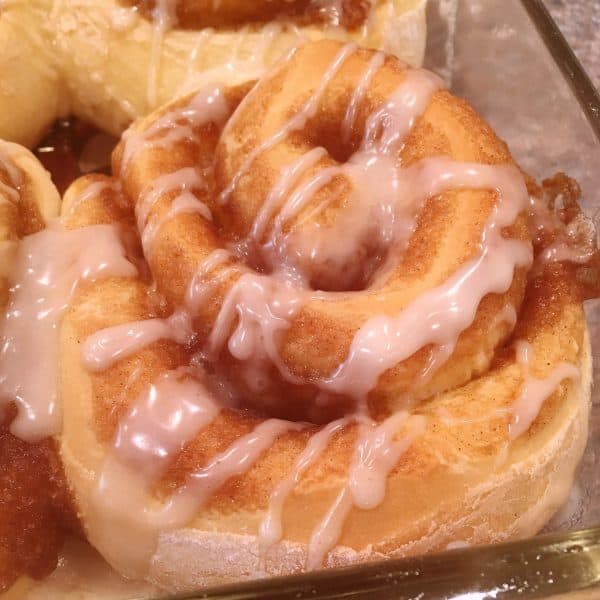 From first bite to last…it’s pure HEAVEN! Everything you want a truly spectacular Cinnamon Roll to be! Big, puffy, loaded with cinnamon goodness, a light drizzle of glaze for added flavor…Mmmmm!

I’ll be honest and tell you the texture is slightly…and I do mean SLIGHTLY…different from a traditional yeast dough. However, the time element involved with making this version far outweighs any small differences. 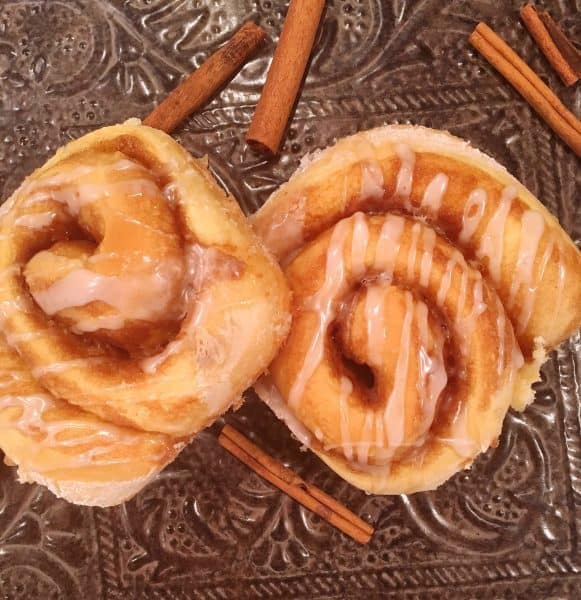 I truly love the ease of this recipe! They are going to be my new “go to” cinnamon roll recipe! Perfect for Christmas morning when you need a quick easy breakfast, or for a last-minute bake sale. (I know my kids were not the only children to tell me at midnight they needed a school treat for the next day!)

If you’re not a baker and cinnamon rolls have terrified you…DROP what you are doing and make a batch of these beauties! You will impress yourself…and the birds at your Nest! 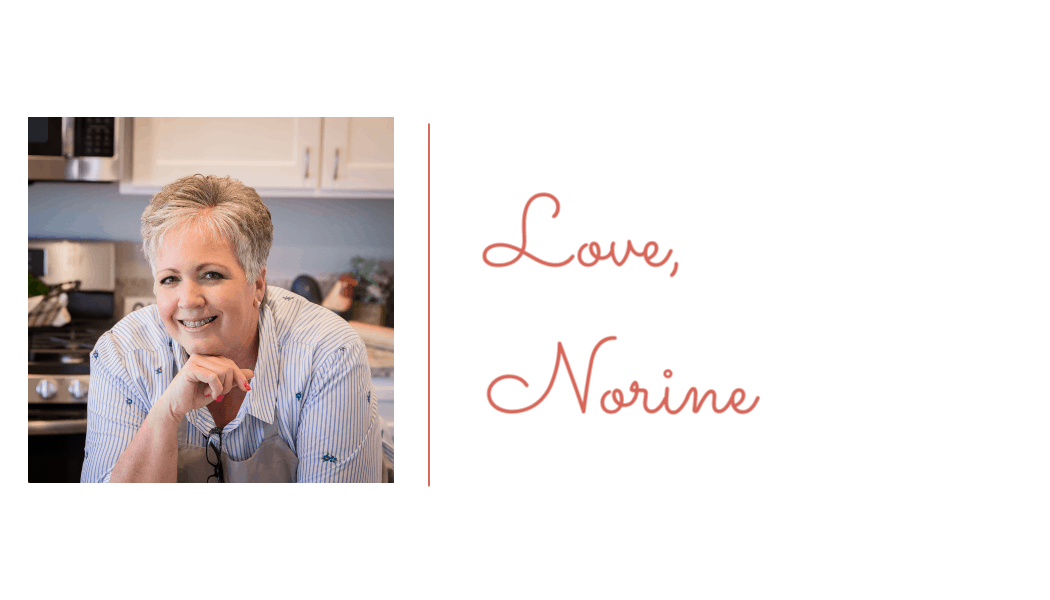 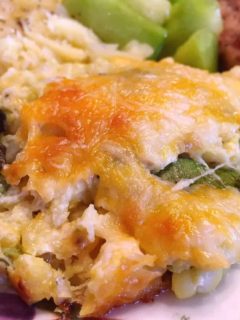 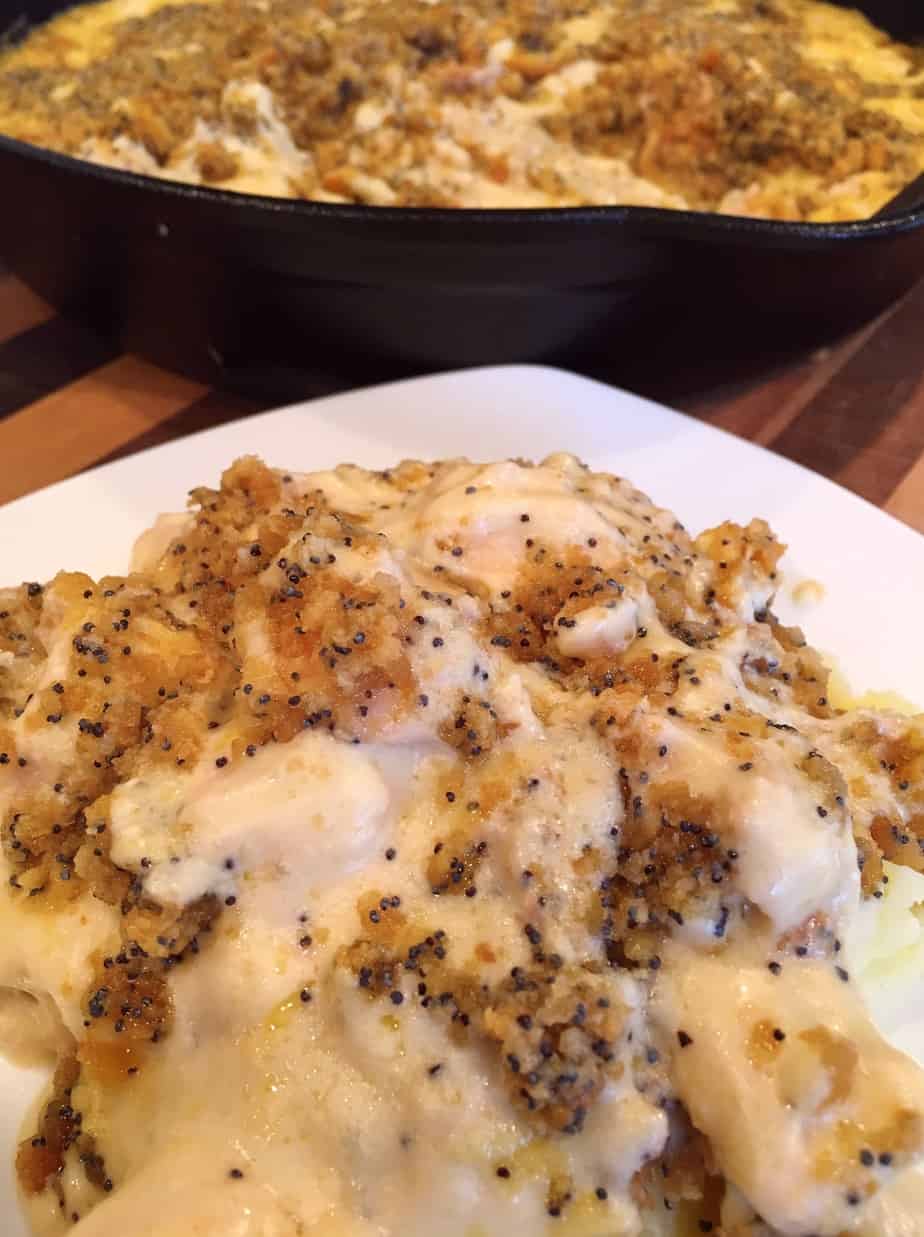 Do you use instant or active dry yeast? Just want to be sure before making these. My family loves homemade cinnamon rolls so I am looking forward to baking this quicker version.

Hi Barbara! Sorry for taking so long to get back to you. I use active dry yeast in this recipe. I should have specified that detail in the recipe. Your family is going to go "nuts" for these cinnamon rolls! I love it because I can make them for my daughter-in-law who has a severe dairy allergy as Duncan Hines cake mixes have no dairy in most of their mixes! Thanks so much for stopping by! Happy Nesting! ~Norine

[…] know! It sounds crazy, but cake mix cinnamon rolls is a favorite recipe at this nest! They are quick, easy, and SO big and fluffy! Pure heaven! You […]

WOW!! THANK YOU & GOD bless you!! I have Never had success with cinnamon rolls (and my husband loves them) can't thank you enough! For me, Christmas came early♡♡

Thank you so much for sharing this with me. It's comments and messages like this make my day and make what I do a joy! I'm so happy you loved them and your husband loved them. I'm making them for Christmas too. Have a GREAT week and Merry Christmas! Norine

you just made my day......my sister bakes wonderful ones but she lives in Toronto......so when I saw your easy recipe I jumped and said this I got to try....like you said no fuss ...will let you know after I bake them...love to read you on facebook..........by the way I am way out in the country not to far from Montreal Canada

Hi Helen! I'm SO excited you found this recipe! I'm even more excited for you to try them. I'm making them for my daughter-in-law at Christmas when they come to visit. My son was just in Edmonton Canada this past weekend. He loves Canada and lived there for a few years. He's back in the States now going to school. Let me know how you like these Cinnamon Rolls. I hope you love them as much as I do! Thanks so much for stopping by and visiting. It truly means the world to me. Happy Nesting! ~Norine

Subscribe to blog to receive notifications of new posts by email.